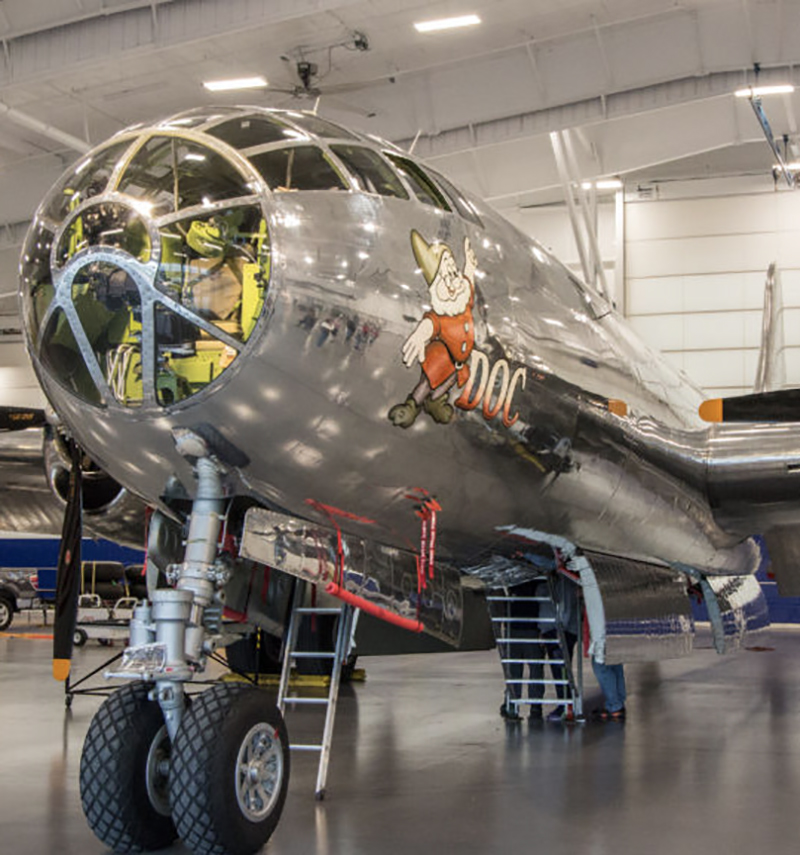 MSSC’s annual meeting this year will be at an unusual venue: the hangar that holds the restored military airplane named Doc, one of only two remaining B-29 Superfortresses still flying.

The Docs at Doc event begins at 6 p.m., with the program starting about 7 p.m. There will be time before and after the program to tour Doc and other exhibits in the hangar. Volunteer docents will be available to answer questions.

The program includes an annual report from MSSC Presi­dent Jeanne Kroeker, MD, as well as the “passing of the gavel” to incoming President Maurice Duggins, MD. MSSC also will announce its 2023 young physician award recipient.

The main program will feature a talk by Josh Wells, ex­ecutive director and general manager of Doc’s Friends, the nonprofit organization that owns and operates Doc. Wells will share the story of how Doc sat in the Mojave Desert for 42 years where it was used as target practice by the U.S. Navy before being rescued and transported to Wichita.

Skilled workers and retirees from Wichita’s aviation indus­try, veterans, active-duty military members and others spent more than 450,000 hours restoring Doc. Now it flies all over the country to air shows and educational events.

Doc’s mission today is to honor those who sacrificed for the freedom of others, including those who designed, built, main­tained and flew the B-29 during and after World War II; connect people with the rich heritage of the B-29; and educate today’s and future generations on the contributions of the Greatest Generation during wartime.

WHEN: 6 p.m. on Tuesday, Dec. 6
WHERE: Doc Hangar, 1788 S. Airport Road (just north of the Eisenhower National Airport)
INFO: The meeting, including dinner and drinks, is free to MSSC members and spouses.
RSVP: By Nov. 29 to Denise Phillips at (316) 683-7558 or denisephillips@med-soc.org