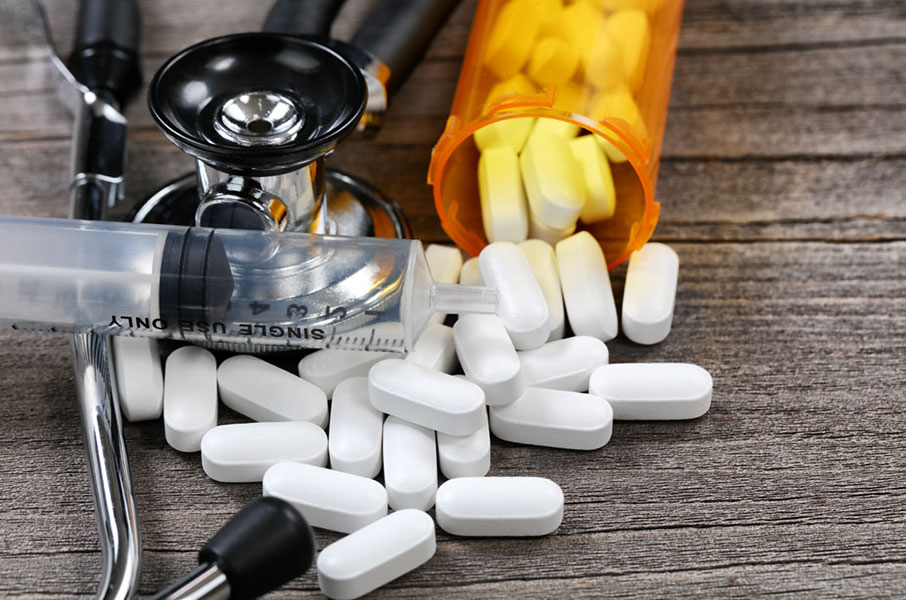 Fentanyl is a synthetic opioid that is 50 to 100 times more potent than morphine. Just two milligrams of fentanyl can kill a person, yet fentanyl is often disguised to look like prescription pills, Sheriff Jeff Easter said last month at the launch of a fentanyl awareness campaign called “One Pill Can Kill” with the Wichita Police Department and other community partners.

“Drug ID findings on the streets is predictive of what we’ll see in postmortem tox in months to come,” said Shelly Steadman, PhD, science center director. “Back in 2021, Drug ID had cases in the magnitude of dozens of pills. Now, we are dealing with numbers in the thousands. In fact, some cases have involved upwards of 29,000 pills. So, I don’t anticipate our fentanyl-related fatalities will be lower in 2022 than what we saw in 2021.”

That’s why a group of local physicians, psychologists, school nurses and other community leaders is switching its focus this fall from COVID-19 education and awareness to fentanyl. The Kansas COVID Workgroup for Kids – which is in talks to change its name to a less specific task force title – is looking at ways its group can engage the community to reduce fentanyl-related overdoses and deaths among young people.

The group is looking to work with hospitals in Wichita to provide naloxone – opioid blockers that can counteract an overdose if given in time – to patients discharged with opioid prescriptions, said Stephanie Kuhlmann, DO, who chairs the workgroup. She said members want to partner with the community on powerful educational initiatives – such as law enforcement’s One Pill Can Kill campaign – to help promote awareness in the community and within Sedgwick County’s school systems.

“We know fentanyl is being manufactured illegally and being put into other illicit substances and the tiniest amount can be lethal,” Kuhlmann said. “We figure as pediatricians and other health leaders, we can help extend that education and provide some consistent messaging and education in our community.”

That’s what is driving front-line providers who are seeing an increase in drug-related overdoses in their emergency departments that often turn out to be fentanyl-related. At Ascension Via Christi’s St. Francis ED, medical director Howard Chang, MD, estimates he’s seeing two to three drug-related overdoses per 12-hour shift these days, double the number he fielded just two years ago.

“It’s getting worse,” Chang said. “People are just dropping left and right. This is not just Wichita, this is nationwide.”

In response, Chang started a NARCAN-To-Go program at Via Christi where patients who come into the ED with an opioid overdose and responded to naloxone get a free, two-dose box of NARCAN to take home with them. Now, he’s campaigning to get boxes of NARCAN to EMS personnel to give to overdose patients who refuse transport to a hospital. Right now, he said, EMS can’t legally hand out boxes of NARCAN, so Chang plans to speak to lawmakers about this issue during the upcoming legislative session.

“I’m not here to judge their life decisions. My goal is to save lives,” Change said. “Wherever they are – the ED, a plane, a classroom, the street, a back alley – I want people to live and continue to survive.”