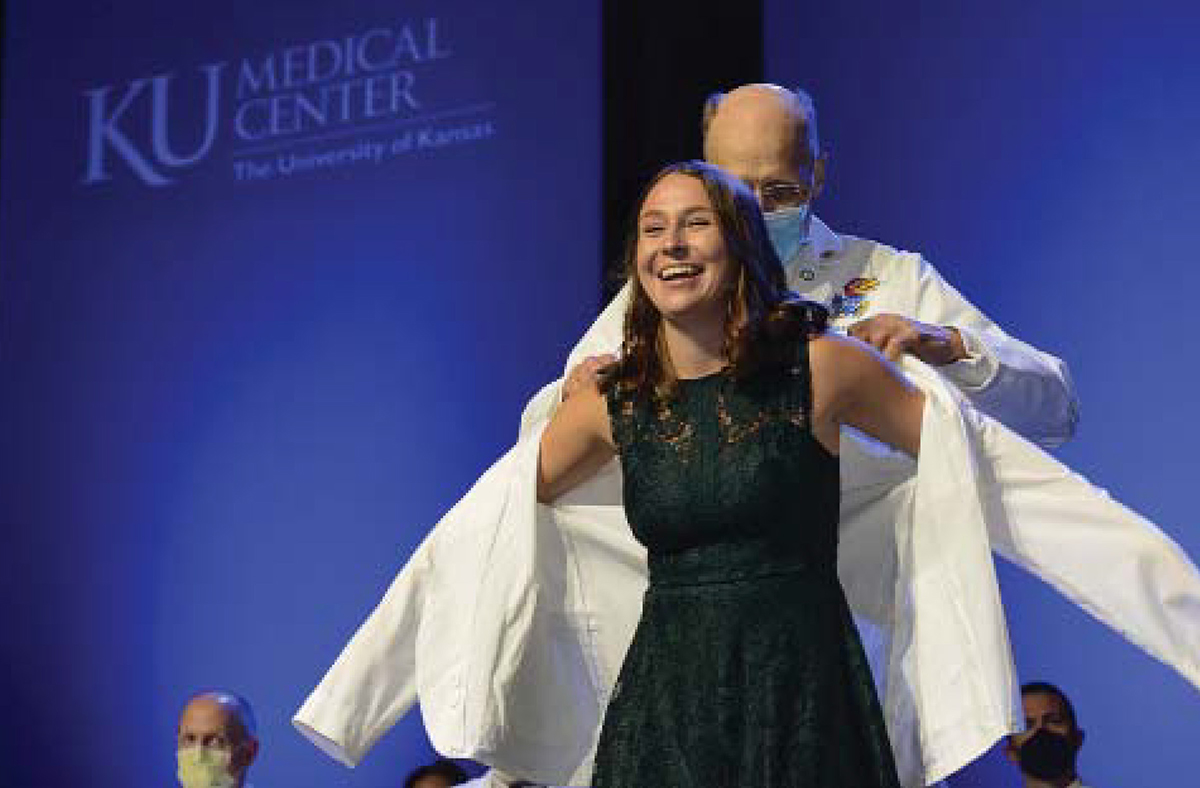 School has officially started for more than 100 brand-new medical students in Wichita, marking the beginning of their exciting, challenging and rewarding journeys to becoming physicians.

The excitement was palpable at Wichita’s newest medical school, the Kansas College of Osteopathic Medicine, the first DO school in the state of Kansas, which welcomed its inaugural class of 91 students for orientation the final week in July.

On the last day of orientation, Nicholas Palisch, PhD, director of student services and affairs, led students on a game-show style exercise to guess which student was being described based on their hobbies, family and other personalized facts.

The exercise was designed to draw students into a close, cohesive group that will work together over the next several years in a team-based learning approach both in and out of the classroom, Palisch said.

Next year, KansasCOM expects to admit 137 students into its program, but many of the students who started Aug. 1 say they are thrilled to be part of the foundational class that will shape the future of the school, its culture and its environment.

“It’s such a great opportunity to be a part of something new and build it from the ground up,” said Urvaksh Avanthsa, student government president. “We’re here not just working to become physicians, but to help the school to succeed.”

Meanwhile, the University of Kansas School of Medicine-Wichita welcomed 28 first-year medical students this year, filling out its ranks of nearly 200 students. The Class of 2026 has 212 students from all three of KUSM’s campuses in Kansas City, Salina and Wichita, school officials said. KUSM-Wichita also manages 298 residents in 14 programs. They speak 14 different languages, including English.

“We have the most diverse class we’ve ever had,” said Garold Minns, MD, dean of KUSM-Wichita. “The school has worked very hard in being open, creating a level playing field for applicants.”

New medical students at KUSM participated in its annual White Coat Ceremony during orientation week on July 22, donning the traditional white coat as a symbol of their new journey to become health care professionals.

Michael Lane, a student at KUSM-Wichita, said on KUSM’s website that he expected to be intellectually challenged.

“I look forward to acquiring the necessary knowledge and skills to become the competent, compassionate and empathetic physician that we want and need at our most vulnerable times.”