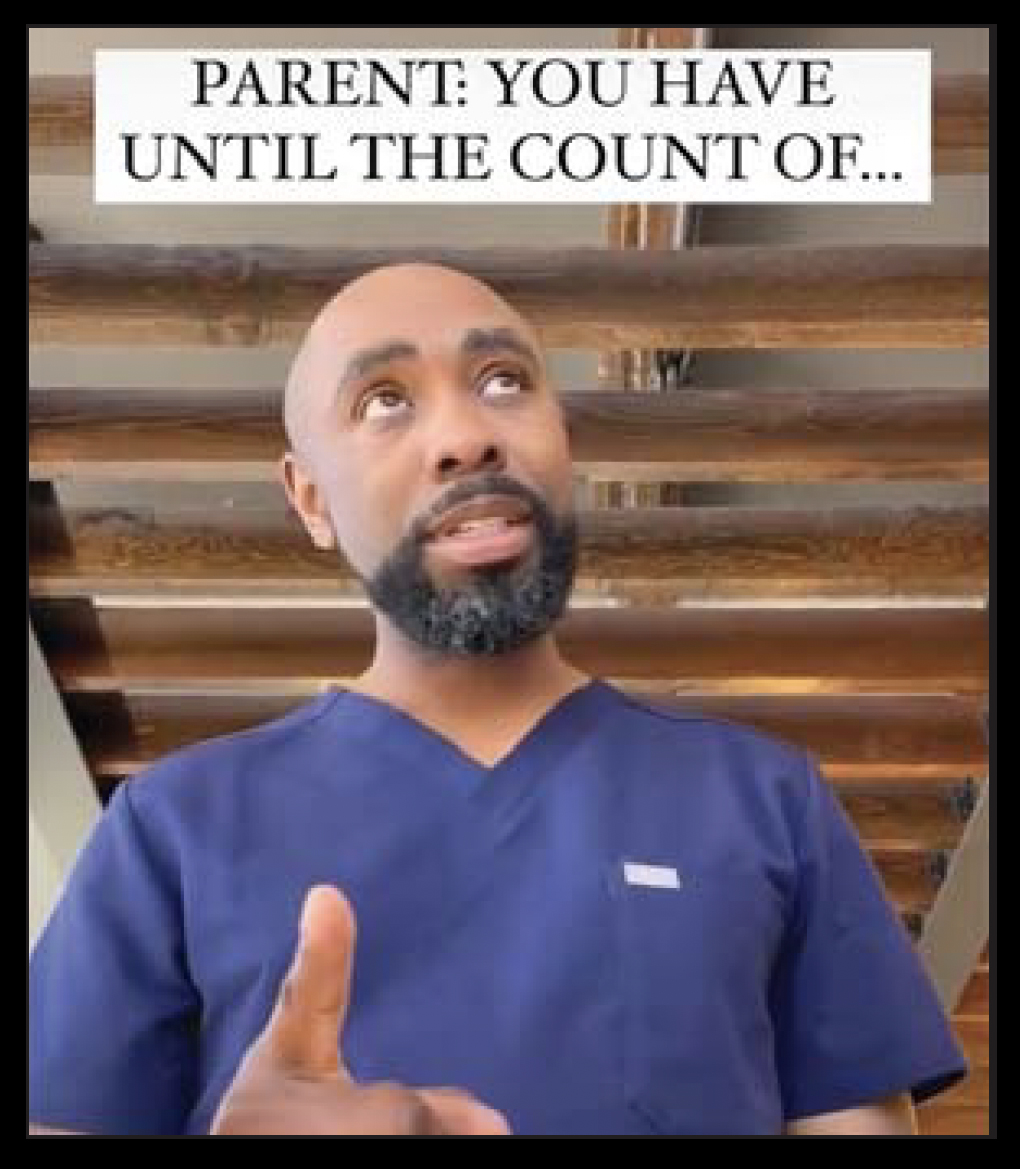 Mostly decked out in blue scrubs in a quiet area of his office, Wichita psychiatrist Larry Mitnaul, MD, has figured out how to reach patients where few docs have gone before: 10-second video clips on TikTok.

Often using funny sound bites or a snippet of music, Mitnaul dispenses short mental health parenting nuggets and commiserates on topics such as when children should start doing chores and what happens when ADHD is left untreated. His advice is like a pat on the back for parents, a chin nod that they’re not alone and it’s OK to make those tough decisions.

He even crosses into edgier territory in a clip showing him being photographed as if he had been arrested, with a caption that says “WANTED FOR: Helping parents gain confidence.”

“It feels like there’s a lot of social energy going on,” said Mitnaul, a dad of six. He’s generated a noticeable following using affable and humorous approaches to care through TikTok, Instagram and YouTube, where he’s posted dozens of videos mostly aimed at parents. “I can’t tell you how many times people say, ‘I’m surprised that 10-second video or that two-minute explanation is what I needed to hear.’ It’s been really wonderful.”

Mitnaul is one of a growing number of physicians embracing social media as an effective resource for dispensing solid health and medical information to reach an even wider audience. The pandemic jump-started the trend of doctors getting online, and some are becoming much-needed social media influencers in what MIT Technology Review called the internet’s “black hole of expertise.”

New Jersey family physician Mikhail Varshavski, DO – better known as “Doctor Mike” to his millions of YouTube subscribers – told MIT that misinformation on the internet is rife because doctors have been slow to embrace personality-driven social media. There’s “just been sort of this black hole where doctors aren’t there because they don’t want to be perceived as unprofessional, and as a result, misinformation thrives,” he said.

But social media is making it easy for patients and physicians to connect outside the doctor’s office. The American Medical Association reported that physicians who bridge both medicine and social media not only can advance their passion, but attract patients, teach them useful information, build their brand, and publicize important research in an approachable way.

Tyeese Gaines, DO, a New York City emergency physician and media coach, told the AMA it’s not mandatory that doctors be on social media to take care of patients. But they’re missing out on a resource if they don’t. “It’s such an opportunity to broaden your reach as a physician,” she said. “We have so much knowledge after going through our training. Why limit it to the 40 patients you see a day when you could be reaching thousands of patients a day on social media?”

Then there’s ophthalmologist Will Flanary, MD – whose 1.6 million followers on TikTok, Instagram and Twitter know him as Dr. Glaucomflecken – who has the medical world in stitches as he pokes fun at the system, physician personalities, health care costs, medical education, rules and regulations and other nuances of practicing medicine today. He, too, started posting videos during the COVID pandemic, and quickly trended.

For Mitnaul, whose busy practice revolves around counseling young people, social media has become a way to reach more parents and kids in that never-ending search for boundaries and balance. What they crave is truthful, accurate information from a trusted source – from all types of physicians.

“Some of those sources out there may not have the best evidence or guidelines in coming up with opinions and encouraging kids and families,” he said. “I want to encourage my peers who might have an interest in this world. They can do something very helpful, and families need reassurance from someone who understands – with the best evidence-based advice. It’s you saying, ‘Here’s what we know.’”