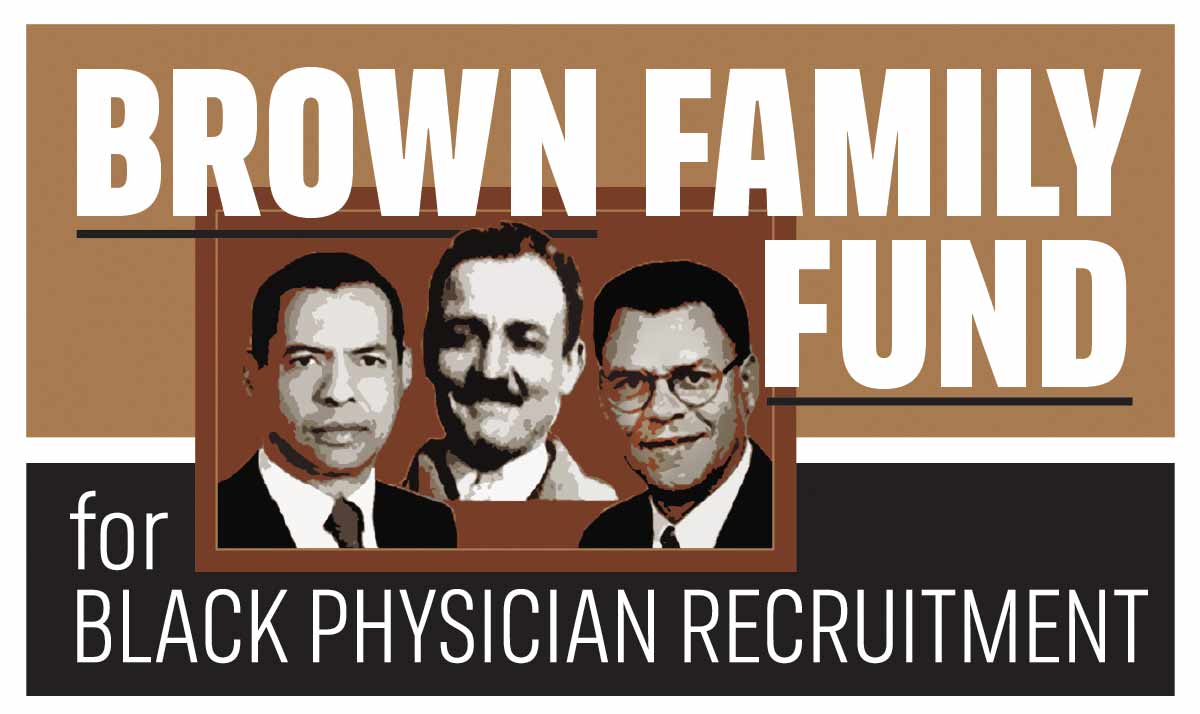 In honor of Val Brown Sr., MD, who died in April at age 98, and in recognition of his family’s three generations of physicians serving Wichita, the MSSC Board of Directors is naming its Black physician initiative after the Brown family.

The Brown Family Fund for Black Physician Recruitment will focus on recruiting and retaining more Black physicians in Wichita. MSSC will donate $10,000 to help launch the fund. Others who want to help support the initiative can make a tax-deductible dona­tion to the fund via MSSC.

“The Brown family has been a pillar in our community for more than 100 years,” MSSC President E. Jeanne Kroeker, MD, said. “Dr. G.G. Brown joined the MSSC soon after he moved to Wichita in 1908, and Drs. Val Brown, Sr., and Val Brown, Jr., were career-long MSSC members who cared deeply for our community.”

The primary focus of the initiative is recruiting and retaining more Black residents and medical students. But the initiative also will reach out to younger students. For example, MSSC recently sent physicians to 17 different USD 259 classrooms to talk about the medical profession.

The initiative is part of an effort to reduce health disparities facing African Americans. Research shows that Black patients, particularly Black men, tend to have better health outcomes when they are seen by Black physicians.

Currently, only about 2.5% of MSSC members are Black. Na­tionally, only 2% of U.S. doctors are Black men.

The Brown family has a long history of breaking barriers. In ad­dition to G.G. Brown being one of the earliest members of MSSC, Val Brown, Sr., was the first Black physician to have privileges at Wesley Medical Center, and Val Brown, Jr., was one of the first two African Americans to graduate from KUSM-Wichita.

The physicians served many Black patients. At the funeral of Val Brown, Sr., several speakers remarked how Dr. Brown cared for most of the people in attendance, and even delivered many of them.

Val Brown, Jr., told MSSC that his family is proud to be part of this initiative.