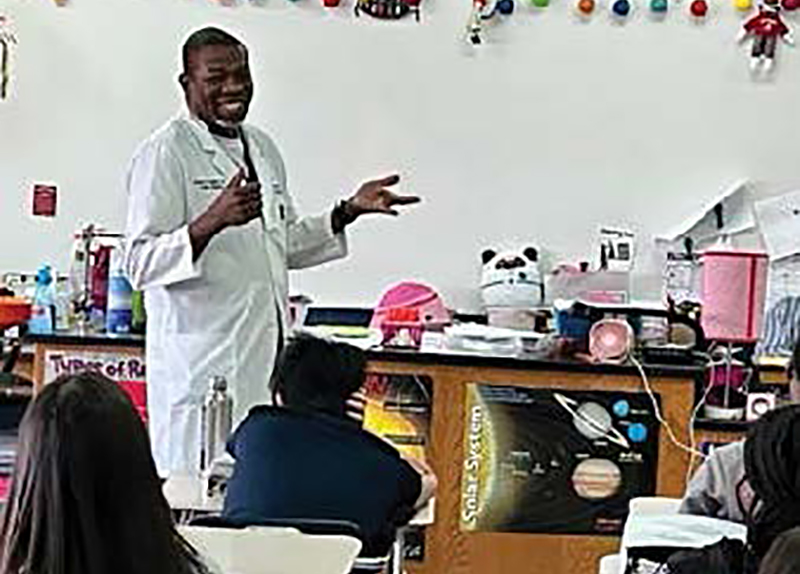 It’s not every day Regan DeHart, MD, gets treated like a celebrity. But after she spoke at Jefferson Elementary School last month, a student asked for her autograph.

“This is a first,” DeHart said.

In past years these presentations have been to high school students only. This year MSSC expanded the outreach to include middle and elementary students. That changed the type of questions physicians fielded.

DeHart was asked: Have you ever touched a brain? What if Google tells me I’m dying? Have you seen someone die and be brought back to life?

Pate also spoke at Jefferson Elementary and was asked how much money he made, if he had ever treated someone who had been shot, and if he had ever been overwhelmed because there was so much blood.

Some of the questions were poignant: Do you ever feel like you aren’t good enough? Have you ever thought about quitting?

Pate, DeHart and the other physicians shared about their journeys to becoming a physician and offered advice to those who might be interested in a career in medicine.

DeHart told the elementary students they needed to care about people, study hard, be good to their friends and be respectful to their teachers. David Bryant advised Curtis Middle School students to ask people questions – such as, “How can I do this?” – and be willing to put in the work. Caryn Bryant encouraged students to take hard classes in high school.

Many of the questions from high school students were about the process of becoming a doctor. Students at North High asked Wesley Family Medicine residents Tanas and Raad about what undergraduate courses to take, how to pay for school and what was on the MCAT.

MSSC focused on schools this year that had high percentages of students from populations underrepresented in medicine. The goal was to help students see that it can be possible for someone like them to become a doctor, nurse or other health care worker.

David Bryant told students that you don’t have to have rich parents to become a doctor. He shared how he grew up on the south side of Chicago, the child of a single mom.

Duggins was direct in his appeal: “We need more, more, more people of color to be physicians.”