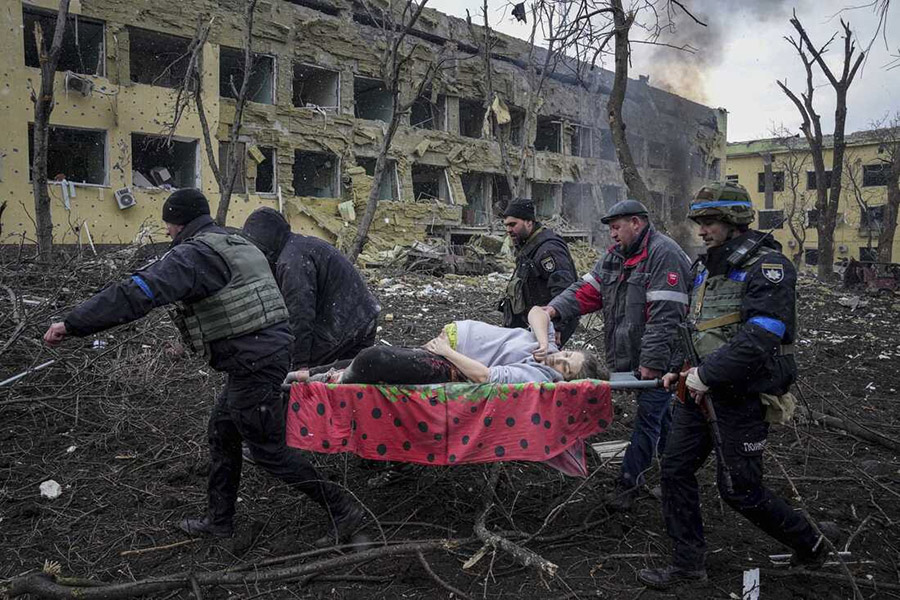 For two members of MSSC, Russia’s war on Ukraine is deeply personal.

“I am incredibly saddened by all the events in Ukraine,” said Nataliya Biskup, MD, who practices at Wichita’s Plastic Surgery Center. “It truly is horrific to witness, especially as a physician whose total goal and purpose in life is to better and improve human life.”

Sophia Zinkovsky, MD, said she now believes she made the right choice 30 years ago to leave her native Kyiv, a painful decision made “to be away from Russia,” she said. Ukraine was experiencing peaceful, good times then, but Zinkovsky did not trust that democracy would last.

Her late parents were physicians, too – her father a cardiac pediatric surgeon, her mother an ob-gyn. “They dedicated their lives to humanity,” said Zinkovsky, who graduated from the Kyiv Medical Institute and still visits Ukraine every year.

Some relatives, including a sister who sheltered for 10 days in a subway station, now have left Kyiv for undisclosed locations. But a rifle-toting step-cousin has been helping guard bridges to an island “so they’re not blown up. He’s doing it for me,” she said, explaining she owns an apartment there. And her 89-year-old uncle remains at home in a riverside area of Kyiv without basements.

Though Zinkovsky hopes for some kind of settlement that could end the war, some relatives say they would rather die than see Ukraine return to the Soviet Union, she said.

Biskup, who was born in Lviv, Ukraine, moved to Phoenix as an 8-year-old with her parents. She eventually went to the University of Arizona to become a physician – the first in her family. She most recently visited Ukraine in 2017.

She told MSSC that her grandparents, aunts, uncles and cousins have been sheltering in place amid bomb sirens in western Ukraine. She tried to persuade them to seek safety elsewhere, she said, but “the males can’t leave the country, so they’re very reluctant to break apart their families.”

Biskup fears a “long, drawn-out conflict with more human suffering…. I think sanctions and money and guns aren’t going to help to fix it.”

For now, her children are making ribbons for Ukraine and her family has a $5,000 fundraiser underway on GoFundMe to benefit the International Committee of the Red Cross: https://bit.ly/3ihj7nM