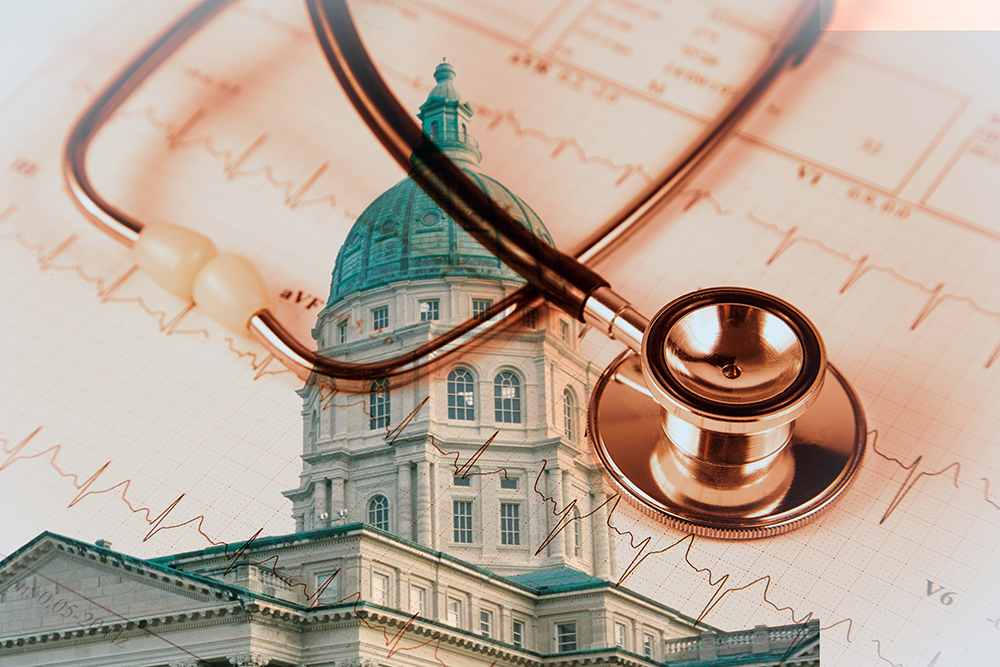 The 2022 Kansas Legislature convened on Jan. 10 for its annual session as physician advocates gear up to continue their vigilance on hot-button issues that impact doctors around the state.

Major bills that support the practice of medicine by non-physicians (without appropriate physician over­sight), medical marijuana and Medicaid expansion are expected to carry over this year and possibly could receive action fairly quickly.

But a number of administrative requirements and a slew of tax-related bills and general requests are taking up much of the schedule in the early weeks and may slow down the movement of medical-related bills.

The Kansas Medical Society notes the Legislature is constitutionally required to redraw districts for state political offices based on new U.S. Census data. It must also pass a new state budget, and House of Representative and statewide officeholders are up for elections this year.

“These three factors will dominate the legislative environment and pace, likely yielding a lot of early activity and hopefully a shortened overall schedule not domi­nated by other controversial or divisive issues (like many of ours tend to be),” Executive Director Rachelle Colombo wrote to KMS legislative committee members.

Here is a summary of three issues from last year that are expected to return this session:

New issues on which KMS does not have an established position are not likely to emerge immediately, Colombo said.

The Medical Society of Sedgwick County’s Legislative Committee holds its first meeting of 2022 virtually at noon on Jan. 28. It meets every other Friday as needed during the session. Contact Denise Phillips at MSSC if you would like to be part of this committee.

“We will continue to affirm the need to expand access through physician-led health care teams, which remains the best way to provide high-quality, safe and cost-effective care,” committee Chairman Kevin Hoppock, MD, said.