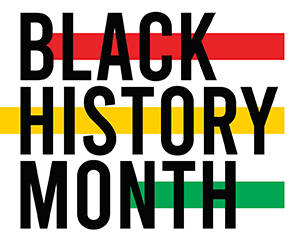 In recognition of Black History Month, MSSC is spotlighting the Brown family, which has had a three-generation-long history of providing care to our community.

Dr. G.G. Brown was one of the earliest Black physicians in Wichita. He began his medical career at the turn of the 20th century in his hometown of Atchison. He moved to Wichita in 1908 and joined MSSC soon after.

Brown, who earned his medical degree from Howard University in Washington, D.C., was very active in politics, the YMCA and his church. He also served several years as assistant county physician.

Brown died suddenly of a heart attack on March 24, 1925, while playing volleyball in a recreational league. More than 1,500 people attended his funeral, where the pastor lamented “we have no one to take his place.”  Another speaker noted how Brown cared for the sick and needy, many times without pay. He was 51 years old.

“It was indelibly pressed on my mind that this – studying to become a doctor – was what I was going to do,” he said in a 1994 Wichita Eagle article about his retirement.

Brown, who also earned his medical degree from Howard University, began practicing in Wichita in 1948, the same year he joined MSSC. He turned 97 years old this month.

Hospitals were segregated when Brown began his practice, and he and his family were not welcome to eat in certain Wichita restaurants. But society slowly changed, and Brown became one of the first Black physicians to have privileges at Wesley Medical Center. His wife, Jo, also became the first woman of color elected to the Wichita School Board.

The Eagle article said that Brown’s retirement marked “the end of an era when doctors made house calls, ran their own practices, and let their patients pay what they could afford.”

Dr. Val Brown, Jr., told MSSC that he always wanted to be a doctor “except for a brief period of time when I thought I was going to be a fireman.”

He graduated from the KUSM-Wichita in 1979, one of the first two African Americans to do so. He joined MSSC in 1982 and initially worked with his father before moving to a different practice.

A 2016 article in the Community Voice about his retirement from private practice said that Brown’s patients could expect him “to listen attentively to what ails them, but they could also expect a firm talking to, especially if they hadn’t been following the doctor’s orders.”

Brown takes pride in his family’s three generations of service to the Wichita medical community, which included each of the Browns serving on the local board of health.

MSSC is proud of them, too.

Photo of G.G. Brown courtesy of the Brown family.